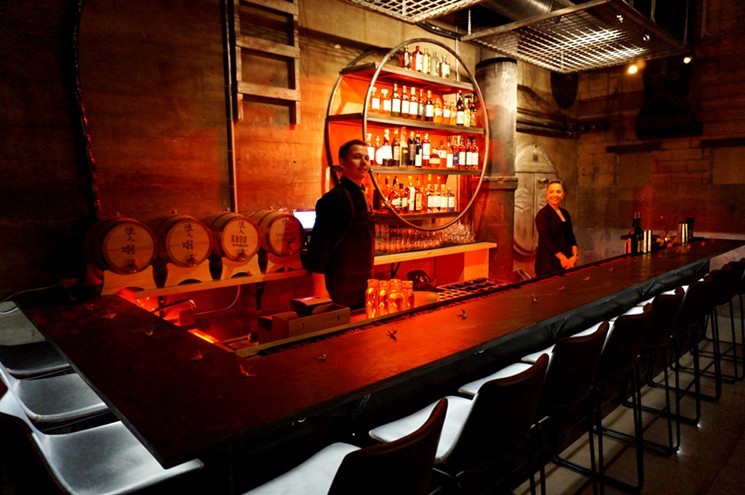 As you walked down the stairs into the hidden bar, it felt as if you were walking out of one world into another. Once you enter the speakeasy, the first thing you would realize is the beautiful, warm, and minimalistic wood-lined dining region with sets of 2, 3, or 4 tables designed for late-night gathering with friends and feasts. The space was pretty cozy but not cramped and felt like a restaurant that you would expect to find in a city like Tokyo or New York. The area on this floor featured a tamer version of a traditional izakaya.